A nod to the closing pages of Margaret Wise Brown’s iconic children’s book ‘Goodnight Moon’, Stars, Air, Noises Everywhere teases out moments of wonder and curiosity within the rhythm and tempo of everyday experience.

Stars, Air, Noises Everywhere features six contemporary artists who embrace the emergent creative potential of play, imagination, and speculative storytelling that is often associated with childhood. Although playful, they approach from the complex position of adulthood, inviting us, too, to enter into unexpected narratives, see the world differently, and —with any luck, begin to notice and make something of the colour and magic all around us.

Jack Bishop is from Quispamsis NB, and received a BFA from NSCAD University in 2007. Over
the last 15 years, Jack has shown his paintings regularly between NB and NS and has received creation grants from Arts NB, Arts NS, and the Canada Council for the Arts. He is a past recipient of ArtsNB’s Emerging Artist of the year award, as well as the Beaverbrook’s Studio Watch Exhibition Series. His paintings are included in several public and private collections across Canada and the USA, and have been featured in The National Post, Visual Arts News, Billie Magazine, The Globe & Mail, The Coast, The Chronicle Herald, The Telegraph Journal, in photo essays on CBC.ca and recently on the CBC Arts TV program Exhibitionists. Jack lives and works in Halifax (K’jipuktuk).
www.jackbishop.ca   Instagram @j.bish

I have always liked the idea of a painting not being defined by a specific place, in the way it could be “anywhere”. After spending years of regularly travelling the highway back and forth between NS and NB, the openness of the highway and it’s segments of scrubby foliage have become the inspiration in my work, the sort of “nowhere” typical to the outskirts of North American cities. This series has been a departure from me painting from photographs, and working directly from memory. Adopting an intuitive approach, I see these works as materially based explorations of paint and colour theory. Using fluorescent and iridescent paint, the surface becomes activated, where colour becomes transcendent, carving light and space into abstraction.While creating the works I was also channelling some favourite music for inspiration, which I’ve appropriated song lyrics from and titled the works after. I like to think about the paintings like tracks of music from a personal playlist you would listen to while coasting down the highway on a road trip.

Sara Brinkhurst was born in England and graduated from the University College for the Creative Arts in Kent. She won several competitions and awards before graduating with a BA First Class Honours in Silver/Gold Smithing and Jewellery Design in 2007. She emigrated to Canada in 2008, where she has continued to explore creative pursuits. These include working in precious metals, theatre costume design and making, writing and anything else that involves research and hand skills. After retiring as Director of Sunbury Shores Arts & Nature Centre in 2021, she revisited a life-long passion for miniatures. Inspiration to finish some old projects quickly led to the creation of several new explorations in the world of mini. She currently has an exhibition of a collection of her work at the Andrew & Laura McCain Gallery in Florenceville-Bristol. Sara is a Juried Member of the Nova Scotia Designer Crafts Council and Craft New Brunswick.

My journey through the mini world started when I was around 10. I loved finding small objects and turning them into something else, and could spend hours making little pieces of furniture or accessories – from toothpaste cap vases, to string-framed paintings, to toothpick and jam jar lid tables. I have always enjoyed researching history around furnishings, clothing, household objects and living styles. As an adult, a degree in jewellery design and making vastly improved my hand skills. Finally all these elements have come together to allow me to create and build as I have always been driven too. The focus required to work at this scale is all engrossing and addictive. For me, it is playing at its finest – and an escape to fascinating little worlds where anything can happen. Inspired by the call to artists for the ‘Goodnight Moon’ exhibition, and the acquisition of an old violin, I was inspired to create a piece in honour of “The Voyage of the Dawn Treader” – one of the Narnia series of children’s books.

Jenn Carson is an award-winning author, physical literacy researcher, artist, and librarian currently living in Woodstock, NB. An accomplished bookbinder, seamstress, and paper artist, she has exhibited in multiple group and solo exhibitions and has been teaching community creativity workshops for two decades. Passionate about partnerships, her most recent project is collaborating with potter (and S/O) David Moore, to build their Potters in Crime ceramics studio and line of functional tableware. You can learn more about her work and research at www.jenncarson.com.

Play is generally considered the work of childhood. Art is one form of this work and should be considered that way for all ages. I was inspired by the joyous and sometimes emotionally intense mark-making of my two boys (now 10 and 15) when they were preschoolers. They would create entire worlds on paper, often while I was reading out loud from a book in the background. They would leave these doodles lying around the house and I’d scoop them up, study them, and create work based on their fantastically fresh way of seeing the world. They often still draw while I read to them, but their artwork is now much more complex and advanced and it would feel intrusive to recreate it in my own way, though I’m still blessed that they often want to collaborate on projects together. A family of artists is a wonderful thing.

Darren Emenau was raised in New Brunswick, Canada, and is a graduate of the New Brunswick College of Craft and Design. Rooted in contemporary art, his work pushes the traditional boundaries of ceramic sculpture through the exploration of surface treatment, form, abstraction and installation.
Over his twenty plus year career, Emenau’s work has been recognized through awards, grants and exhibitions both nationally and internationally. International shows include the International Craft Biennale in South Korea and the International Ceramic and Glass Exhibition in Turkey. His work has been featured in the book Wood-Fired Ceramics: 100 Contemporary Artists, as well as in periodicals such as Ceramics Monthly and Canadian Art. In 2018-2022, Emenau completed four large solo exhibitions; The University of Maine Museum of Modern Art (UMMA), in Bangor, Maine, USA; The Beaverbrook Art Gallery, in Fredericton, NB, Saskatchewan Craft Council, in Saskatoon, SA., and Jones Gallery in his home city of Saint John, NB, Canada – where he plays along the varied coastlines. Three catalogues of Emenau’s exhibitions have been published, with another catalogue to be released in 2023.

Since the days of childhood, I have been engrossed with New Brunswick’s rugged coastline and serine rolling hill interiors. The foggy lichen frosted forests, moss covered rocks, and jagged cliffs harness the inspiration for my work. With a trained eye for traditional vessel forms, I am attracted to the Zen Buddhist philosophy of wabi-sabi, which sees beauty in imperfection. I like things that are unique, authentic and irregular. I love tinkering with familiar shapes and reconfiguring them into contemporary forms. Fascinated by how we relate to the outer surface of a vessel, yet drawn into the interior, my work has also expanded to abstract forms, which imbue nature’s essence, with little reference to known vessels. The surfaces come to life through my constant development and exploration of non-traditional techniques. With no standards to saturation and hues, the textured surfaces bring to mind lichen, bark or the parched, cracked earth. Each work may have their surfaces added to or partially removed until I am satisfied and intrigued by the delicate surfaces of unpredictability that occurs. Recently, an addition of monofilaments through an electrostatic process adds another layer of velvety delight to the forms.

Kathy Hooper, painter, printmaker, sculptor and ceramist, was in 1994 winner of the Strathbutler Award for excellence in the visual arts and craft in New Brunswick. Born in Africa, she studied in England and in South Africa before coming to Canada in the early 1960’s. She has an impressive exhibition history and an equally impressive record of acting on behalf of artists on boards and juries. Her work has travelled around Canada, the United States, and Mexico, and exists in private and public collections internationally. In addition to her prolific studio practice, Kathy served on the NB Premier’s Advisory Committee on the Arts from 1986-89, which proposed the formation of an Arts Board, now known as artsnb, and as an Arts Board member from 1990-91. She has also served on the Advisory Board of the Canada Council Art Bank, on various juries, both national and provincial.

KC Wilcox (she/her/they) is an artist based in Menagoesg/Menahqesk a.k.a Saint John, New Brunswick, Canada. Her art practice explores aspects of preservation, destruction, care, transcendence, and impermanence. She incorporates a broad-spectrum of media and techniques into her work, by introducing drawings, paintings and sculptures, to ephemera, kid’s crafts, foreign and found objects. A reoccurring cast of personal objects, wildflowers, mantras and shadowy figures, cycle in and out. Her artworks was recently exhibited at the UNB Art Centre, at Gallery on Queen, and virtually at hostproject.net. Her series of rubber sculptures were featured on The Exhibitionists on CBC. Wilcox is a descendant of French and English European settlers. She works as a designer, illustrator, and occasionally as an art teacher in the daytime.

Ever since I was very young, all I wanted to do was paint and make things. Growing up home schooled, on a farm in South Africa, I drew and painted all the time, animals, birds and plants and a weekly comic strip, delivered free to my family. I try to say what I feel and think through my work, both in sculpture and painting, and I work mostly in acrylics on canvas or paper; usually the work turns into a series as I explore an idea. Often figurative and with colour as a strong element, I am also exploring a more abstract approach to both landscape and the human figure in the work I am doing at present. 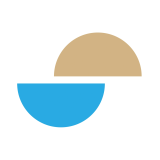